Are you starting to consider replacing that soda with another beverage that will not only keep you from harming your bodily systems and your mental and emotional states, but WILL actually hydrate you?  Old habits can die hard, however, understanding what is actually going on inside of you and the short and long-term effects of soda can be just the ticket to help you make that decision for change much easier.  Let’s continue exploring the ingredients of soda and their effects.

So, in summing it all up, the statistics show that decades of drinking soda have contributed to epidemic proportions of metabolic syndrome, a group of conditions that occur together, increasing your risk of heart disease, stroke, and diabetes.  These can include abnormal weight gain and/or obesity, adrenal exhaustion, depressed immune system and other neuro-toxic disorders.  Once these processes start to manifest in the body, it’s a domino effect unless the toxins are cleaned out and a nourishing diet along with physical activity is incorporated.

Still want to grab for that soda after knowing the breakdown?  We have all heard a few things about soda not being good for us; but the fact is, the soft drink industry would prefer you buy into the happy, upbeat, refreshing advertisements that they promote to get you to drink more instead of ever letting you get close to the truth. 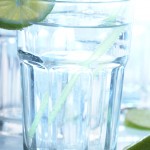 There is absolutely nothing good to come from drinking a soda, and much to avoid in the way of a toxic beverage!  Not to mention the fact that it will never hydrate you, but instead cause you to just want to drink more – that’s what the beverage industry IS interested in!  Try some fresh, clean water and see if that doesn’t give you an opposite effect – hydration and satiation!  After all, a healthy hydrated body is made up of 70% life-giving water – not nutrient-depleting soda.

If you’d like more information on how to truly make great nutritional choices to serve you for a lifetime, click here for more information.  Start living a happy, healthy life on purpose today!

"I highly recommend Lisa and her coaching services for whatever positive transformation you desire for your life!"
&#126Brady Schmidt, President, Secure Capitol Solutions and Host of The Brady Show

"Lisa has been such a positive influence in the transformation of my life. She is extraordinarily patient, listens intuitively and is able to see where you shine."
~Rochelle Marshall, Teacher, HC